I discovered these while riding my skateboard through Lenox Mall in Atlanta (no, the police didn't like that much). 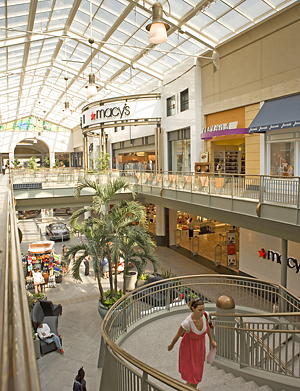 There was a store called Sword of the Phoenix (since closed

) that had everything you could imagine as far as gaming.

The window displays had rotating shelfs (

) that had buttons to go back and forth of hundreds of very skillfully painted miniatures. I never got into playing the hex games but I used to love painting the miniatures.

Ragabash was excellent with lead miniatures. He had this one brush with a single bristle on it. He used it to paint the retina in the little dude's eyes. He had a bunch of pieces displayed at My Hobby in Fair Oaks Mall in Fairfax, VA, where he worked.

Is it mere title-hogging, or a misunderstanding of how game books are put together, or does it suggest they were looking over the designers' shoulders even more intrusively than the average licensor, perhaps then explaining why WotC declined to renew the agreement?

Yeah... I'd wager a prime projection on that one
Top

I guess we'll see "game designer" added to his bio.

The reviewer has it right: anytime there's a "celebrity" credit on a modern game, it's a vanity credit. That person did not sit around for months doing testing and editing.

In this particular case, it probably sounded like a good idea to everyone at the time. Last Unicorn might have thought they'd gain a bit of credibility by having the two authors of the new "Dune" books listed as editors; Keith will take any credit at any time (just think "record producer" if you ever doubt this); Bobo was probably not consulted at all (nor can he remember anything from the late 90s at this point); and the HLP cashed a check.

Sadly, the HLP also discovered that, upon reflection, they really don't like working on these smaller projects and that they'd be blocking all proposals from that point forward. They might as well have made up T-shirts saying "We're just in it for the movie."
"Anything I write will be remembered and listed in bibliographies on Dune for several hundred years ..." — some delusional halfwit troll.
Top

Seems I remember Spanky mentioning he had done some work for Wankers of the Coast on D&D but I could never find what it was. Perhaps they actually edited something for once and realized they didn't want anything else to do with him.
Semper Fidelis Tyrannosaurus
Top

That really made my day reading this. Almost as elating as when I heard somone refer to Stephenie Mayer as the Kevin J Anderson of vampires

The best authors are not career authors in my opinion, its the wild authors that prodcue the most origionallity.
Survival is the ultimate ideology

Kensai wrote:Stephenie Mayer as the Kevin J Anderson of vampires

"Let the dead give water to the dead. As for me, it's NO MORE FUCKING TEARS!"
Top
Post Reply
109 posts