SandChigger wrote:Has Byron mentioned Mike Anderson by name since this "facelift"? It may be that someone at this Cypher (Zero? Cyphylix? What was it, Syfy?) company is now the new webmaster. Mike isn't exactly young, you know. He is Kevin's uncle, after all.

No, but Brian does not know phpbb. He had no idea how to install that spambot code I gave him a long time ago. So unless he or Kim has learned it, Unca Mike is probably still around.

I was thinking maybe they'd finally canned his ass and hired the new company to take over. But maybe they really only did the (shitty) design. ???

Omphalos wrote:Just remember around here the proper name for the scrotum is "nacnud."

Got it. Thanks for the literary anatomical correction. 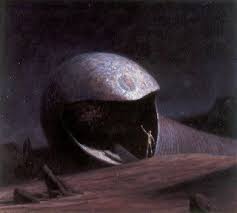 "One tended to believe power could overcome any barrier . . . including one's own ignorance."
Top
Post Reply
78 posts