Frank Herbert in Dune wrote:From the folds of her gown, she lifted a green metal cube about fifteen centimeters on a side. She turned it and Paul saw that one side was open - black and oddly frightening. Paul slowly put his hand into the box. He first felt a sense of cold as the blackness closed around his hand, then slick metal against his fingers and a prickling as though his hand were asleep...

"Pain." He felt increased tingling in his hand, pressed his lips tightly together. How could this be a test? he wondered. The tingling became an itch... The itch became the faintest burning... It mounted slowly: heat upon heat upon heat... . The burning! The burning! He thought he could feel skin curling black on that agonized hand, the flesh crisping and dropping away until only charred bones remained.

It stopped! As though a switch had been turned off, the pain stopped... "Take your hand from the box, young human, and look at it." He fought down an aching shiver, stared at the lightless void where his hand seemed to remain of its own volition. Memory of pain inhibited every movement. Reason told him he would withdraw a blackened stump from that box. "Do it!" she snapped. He jerked his hand from the box, stared at it astonished. Not a mark. No sign of agony on the flesh. He held up the hand, turned it, flexed the fingers. "Pain by nerve induction," she said. "Can't go around maiming potential humans. There're those who'd give a pretty for the secret of this box, though."

Frank Herbert in Heretics of Dune wrote:The subtleties of Voice and those painful forms of interrogation that remained a Sisterhood monopoly - the agony box and nerve-node pressures - those were all she required. 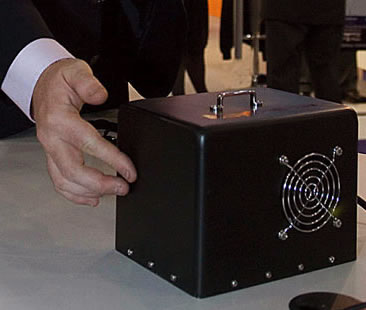 Maybe you could label the images. Oh, I forgot, you're ignoring me... Baby, please, let's make up.
I bring nothing to the table.
Top

@JVTA : I'll be over at some point, I just never find the time to actually do it
@Omph. : Chanilover+Hyppo ? I'm scared !

EDIT TO ADD : still scared after reading... put your hand in my box ? Darn.
Spice is the worm's gonads.
Top

My fellow members of the Jacurutu; of this Sietch - let Water be a bond between us.
-Nameless Swordsman
Top
Post Reply
9 posts • Page 1 of 1