When I first saw "sonic-polo" I thought of the pool game Marco-Polo, but... in the future.
I bring nothing to the table.
Top

You have to imagine it for yourself, since I've given you about as much description as KJA did.

I'm sure its 'as awesome as Quidditch'. Just pop in a Harry Potter DVD and watch that, then imagine the ultra version of it played by spry old queens and nobles.
Semper Fidelis Tyrannosaurus
Top

I'm still fucking lost here - we're talking about the Hacks Twain's HellHole, right ?
the one about the inhospitable prison planet with ultra-violent continent-wide storms of
an undetermined nature and vineyards and ultra-violent volcanoes & megaquakes and .... polo ?

I have such a bizarre ordering to my mind, I wasn't even thinking of GEoD when I wrote that, yet thorses popped up. Perhaps it had been filed under "The Hack stole this from Dune" but got lost in the in box.

I dig that, and it's not like it would be out-of-the-question; in fact, I think the cliche there
would be "par for the course" ... I wouldn't blink an eye if the saviour of HellHole ended up
being Saul Adreites .... or Yaw'noc Nairb (of the East Galactic Nairb's) for that matter ...

Good Sportsman Points for you tho, for immediately acknowledging the mistake and correcting
it with the accurate information ... (See, Keith ? this is how grown-ups act ... ) -- that's one of
the things that really got me pissed off, personally, in that seething internet-rage kinda way, over
in the Amazon Basement: some Anderclone with his dick up his own head would just spout off about
the SandChigger being a "liar" ... there are pages and pages of archived evidence not only of the almost
obsessive honesty of the late Dr. Craig, (who I believe was more concerned with an "accurate public record"
than his own reputation as a sincere person) but of the general public conduct and displayed moral-base of
almost all the OH ... this forum is filled with it ... a mistake or a mis-statement is made, whatever, and
often times the brother will come back and correct himself if no-one has caught it or pointed it out ...

>> on a related note: I did, on many, many, occasions pass private messages and emails to the SandChigger
concerning some silly thing I'd thought up concerning tehKJA, attempting to coerce him into a conspiracy
to spread the blatant lie far & wide - every single time he refused; altho, he would admit to my Brilliance
and Cunningly Evil Mind for formulating such vicious slander and/or libel, and encourage me to post it here
as "satire" (in many ways, the SandChigger was my only "conscience")(G-d Help The World Now)<<
>>but my point was just that despite the attempt by his detractors to label him as a "hate-filled liar", evidence
to the contrary abounds publicly, and, as soon as the Will clears Probate, I will be able to publicly post all the
private messages and communiques that prove the late Dr. Craig's steadfast adherence to his basic principle
of Rigorous Honesty (provided his sister doesn't cock-block me & try to snatch up all his writings to either
attempt to "publish" them as an e-book, or sell them in-toto to Keith & the HLP so they can bury all that shit
& deny the SandChigger ever existed ...)<<

but yeah, thorse is a real passing-reference, only as an indication of the "pedestrian" society
that Leto imposed; maybe not as memorable (or as mentioned) as the D-wolves .... and while I couldn't
have called the context of the word in Frank's books, buried somewhere in my fevered, damaged brain,
it banged a gong ... I knew it was his word ...

anyway, this one here just passed me right on by: and I dunno, but I think this one is actually a cow ... 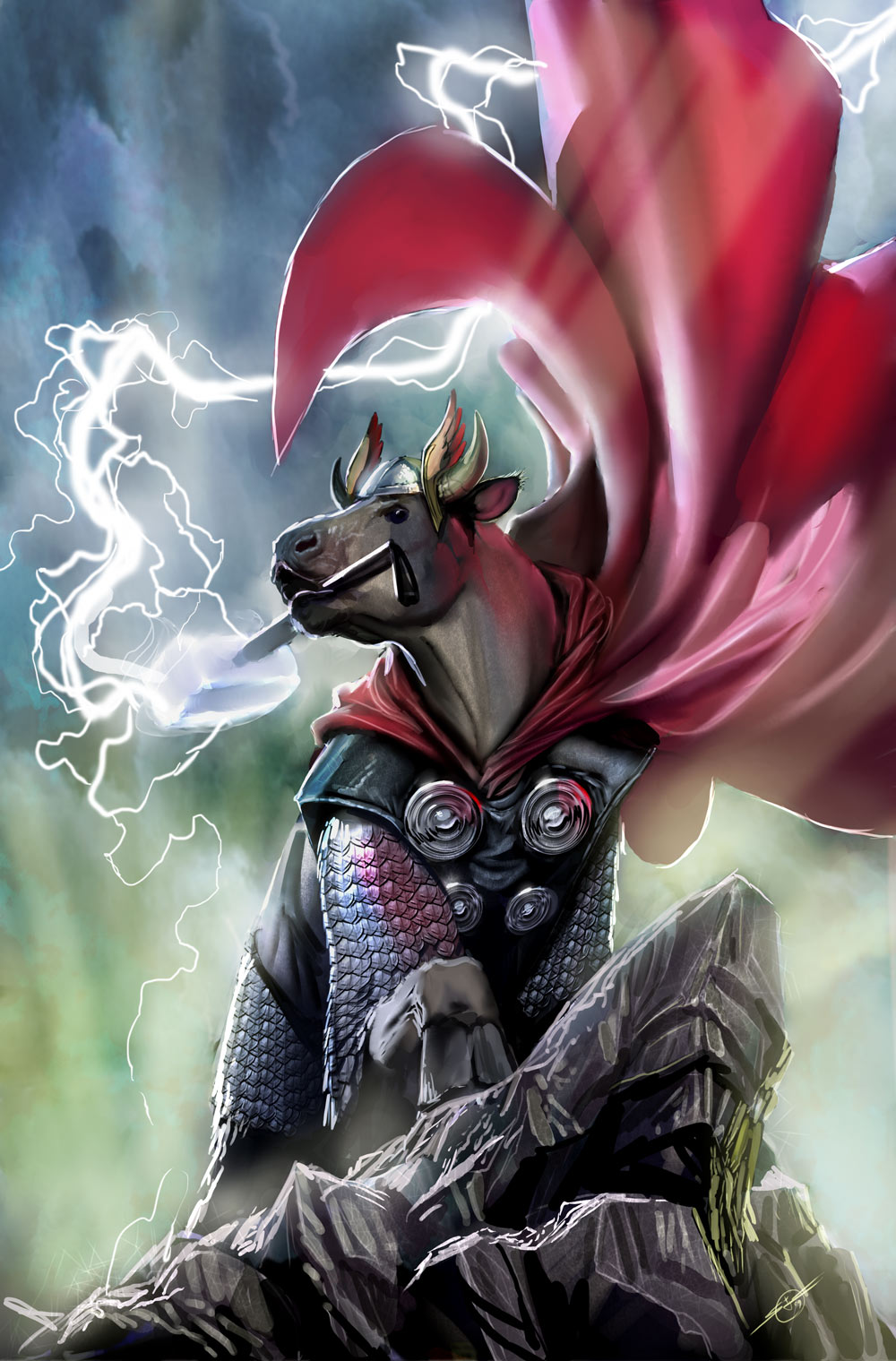 But who is this DR. Craig of whom you speak? I know of no such individual. (My name only comes with an "M.A." after it.

(Funny you should mention the cunt, though...)
Top
Post Reply
357 posts